Llanrhidian is located on the North Gower coast and benefits from many spectacular views over the estuary and salt marshes. Once upon a time you would have been able to see workers loading cockles onto the backs of donkeys, and although the marshes have long been used for common grazing and cockling, donkeys are no longer employed.

On a clear day, you can see lots of sheep and wild ponies grazing on the marsh.

The lost village of Llanelen lies burried in the woods beneath Welshmoor. The old story of Llanelen is a rather pitiful one. Many, many years ago, some sailors who were stranded on the coast struggled to make their way to Llanelen for help. Rather unfortunately, the sailors were carrying the plague, which spread to the residents of the village and wiped out its entire population.

Between Llanrhidian and Llanmadoc stands the castle of Weobley, a fortified manor house, which is open to the public and owned by CADW.

Aberlogin, which was once a farm standing alone to the West of Wernffrwd is mentioned in Medieval records.

Llanrhidian has some amazing sunsets that you can enjoy. 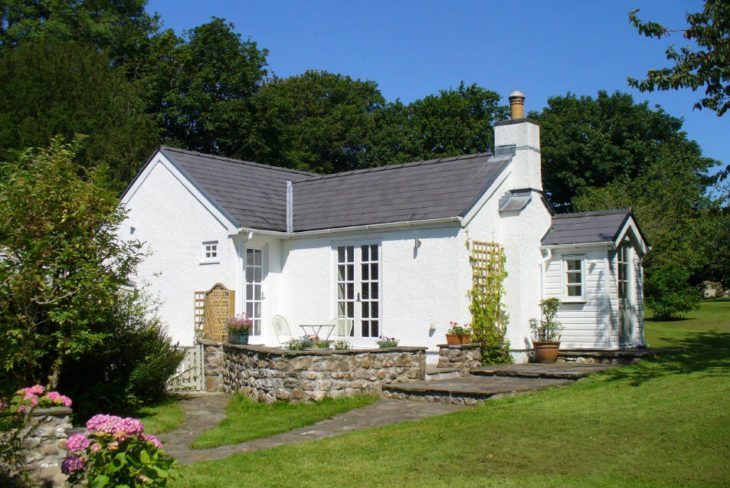 Pretty detached cosy cottage set in 2 acres of meadow, lovely situation surrounded by trees in the heart of Gower. Perfect for couples wanting short breaks and year round holidays. Ideal base to explore Gower. Weobley Castle is a castle with a view. Once the proud home of the refined de la Bere family, the fortified manor house is located on the picturesque Gower Peninsula and overlooks the Llanrhidian salt marshes and Loughor Estuary. Llanrhidian Sands is the Gower side of the Loughor Estuary. The original ‘Llan’ probably dates back to the 6th century, as there was once an inscribed stone (now lost) in the area.

Please view the area map below to get your bearings and familiarise yourself with the roads.  The table shows the approximate travelling times by car, from Llanrhidian, to the various villages.